Bangladesh could be ‘Muslim-friendly tourist destination’ 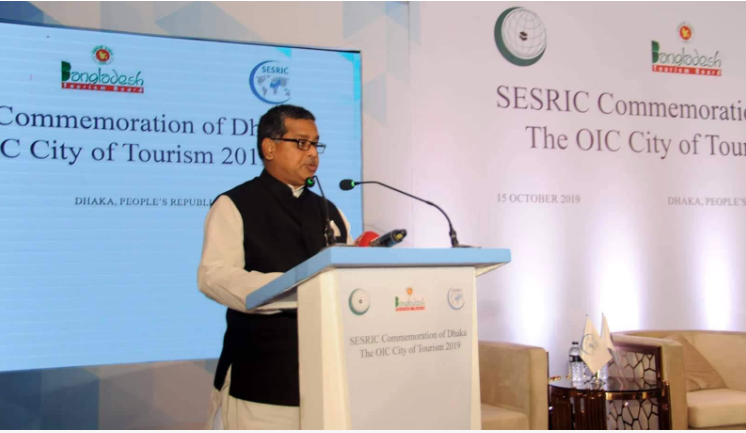 Bangladesh could be a popular Muslim-friendly tourist destination as all the necessary elements needed for this are there in the country, said State Minister for Civil Aviation and Tourism M Mahbub Ali on Tuesday.

The junior minister came up with the remarks while speaking at an international seminar on Muslim-friendly tourism organised by Statistical, Economic and Social Research and Training Centre for Islamic Countries (SESRIC), an organ of the Organisation of Islamic Cooperation (OIC), at a city hotel.
Now Muslim-friendly tourism is one of the most developing sectors in the world, he said adding that not only the Muslim countries but also the countries like Australia, Taiwan, Korea, Japan and New Zealand are laying emphasis on Muslim-friendly products and  services, he said.

Bangladesh’s is a good and suitable place for flourishing Muslim-friendly tourism as the country is full of mosques of aesthetic architectures, Islamic archeological sites and shrines, he added.

“Father of the Nation Bangabandhu Sheikh Mujibur Rahman had laid emphasis on excellent relationship and communication among Muslim community and at his initiative Bangladesh got the membership of Bangladesh Organisation of Islamic Cooperation. And Prime Minister Sheikh Hasina is sincere about the development of tourism sector,” he added.

He also hoped that private sector entrepreneurs working on tourism will play a vital role in popularizing the idea.