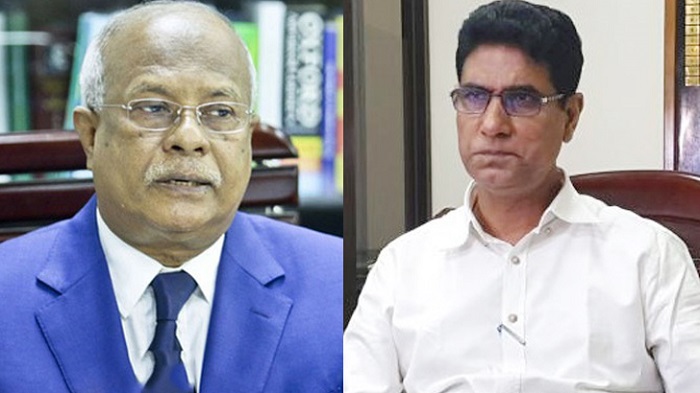 Anti-Corruption Commission (ACC) Secretary Muhammad Delwar Bakht on Tuesday said none can be held responsible unless the commission is certain that where Tk 4,500 crore, embezzled from BASIC Bank Limited, has been used or deposited.

He made the claim while replying to a query of reporters at ACC headquarters in the capital’s Segunbagicha.

“ACC chairman Iqbal Mahmud can’t be held responsible for the delay of the investigation in the BASIC Bank Scam,” Delwar Bakht claimed.

Asked about ACC chairman’s resignation demand, made by the Awami League (AL) lawmaker Barrister Sheikh Fazle Noor Tapash, the ACC secretary said, “Our officials are looking into the issue of BASIC Bank scam. This responsibility lies on the shoulders of neither the commission nor its chairman. I don’t understand why the question of resignation has been raised.”

“I have seen the media reports that the commission has violated its oath as it has not filed any case against former BASIC Bank chairman Sheikh Abdul Hye Bacchu. Neither our commissioners nor our chairman takes charge of the office taking oath,” he added.

He also claimed that the commission has violated the directives of the Appellate Davison of the Supreme Courtas it has not filed any lawsuit against Abdul Hye Bacchu.

The ACC interrogated Sheikh Abdul Hye Bacchu several times in connection with swindling around Tk 2,200 crore from state-run bank, but didn’t file any case against him.

Meanwhile, in September 2015, the ACC filed 54 cases against 56 people, including officials of the BASIC Bank Limited. But it did not include, in many people's eyes, the key graft suspect –former chairman Sheikh Abdul HyeBacchu.

According to an inquiry of Bangladesh Bank, about Tk 4,500 crore was swindled out from BASIC Bank during six years while Sheikh Abdul HyeBachhu served as its chairman.