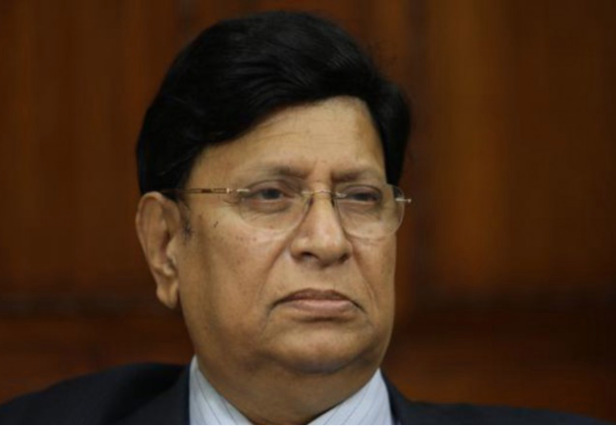 “There has been an accident and the government has taken very strong actions immediately. This must be recognised. It seems to me that they (diplomats) go beyond their norms,” he told reporters at the Ministry of Foreign Affairs.

Referring to recent shooting at New York City’s Brooklyn that claimed four lives, Dr Momen said no one could be nabbed there but they see no such statement there.

“Here (in Bangladesh), from day one, the government is saying that the mischievous persons (involved in Abrar killing) will be given the highest punishment.”

Abrar Fahad, 21, a second-year student of electrical and electronic engineering, was beaten to death on October 7 reportedly by Chhatra League leaders at Buet's Sher-e-Bangla Hall.

Abrar's father, Barkatullah, filed a case with Chawkbazar Police Station against 19 people. So far, 19 people, including 14 FIR-listed accused, have been arrested in the case.

The Foreign Minister also referred to the killings of schoolchildren in the US and other parts of the world where they see no such statement saying these (killings) are not carried out by the government. “Here (in Bangladesh), there’s a tendency of blaming. I think they (diplomats) should stop it.”

On Sunday, the Ministry of Foreign Affairs called UN Resident Coordinator here Mia Seppo at the office Director General (UN Wing) Nahida Sobhan and also explained the government position and the "prompt actions" taken so far and being taken since the killing.

Following the murder of Abrar, the UN in a statement said it deplores the killing of a young Buet student, "allegedly for freely expressing his views."

US Ambassador in Dhaka Earl R Miller and British High Commission in Dhaka, among others, commented on Buet student Abrar killing.

On Thursday, Information Minister Hasan Mahmud said statements from foreign diplomats stationed in Dhaka on Abrar Fahad murder are uncalled for terming the issue an internal matter of Bangladesh.