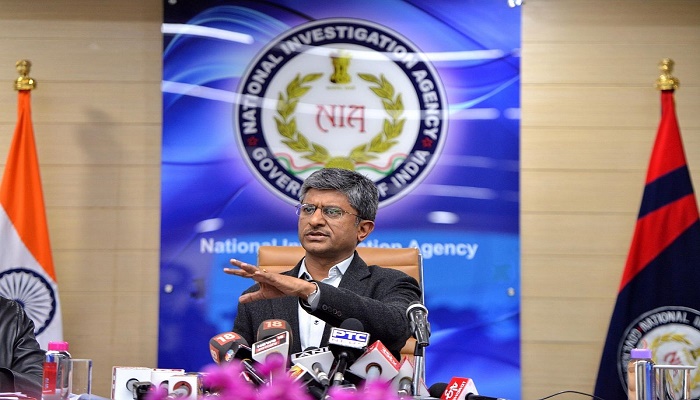 Indian National Investigation Agency (NIA) had arrested 127 people from different parts of the country in recent years for having links with ISIS.
The largest number of people were arrested from Tamil Nadu (33), Uttar Pradesh (19), Kerala (17), Telangana (14), Maharashtra (12), Karnataka (8) and Delhi (7), a top official of the National Investigation Agency (NIA) Alok Mittal said on Monday.

The other states from where ISIS suspects have been arrested are Uttarakhand, Bengal, Jammu and Kashmir, Rajasthan, Gujarat, Bihar and Madhya Pradesh, reports The Statesman.

Accused in majority of these ISIS cases have admitted that they were radicalised through videos of Zakir Naik.

Therefore, a case was registered against the controversial preacher and his organization Islamic Research Foundation (IRF).

Naik is a known hate preacher whose name prominently figured during the Dhaka bomb blasts in July 2016 that killed many. A bomber later confessed that he was influenced by Naik’s messages following which he fled India.

Chiefs of proscribed groups and top separatist leaders were being funded from Pakistan High Commission, through remittances and hawala transfers, Mittal said.

Addressing NIA’s National Conference of chiefs of the Anti Terrorism Squads (ATS) in Delhi, Mittal said that there have been continuous efforts from across the border to revive terror activities in Punjab.

Sixteen persons were arrested for targeted killings in eight cases who received funds from the UK, Italy, France and Australia for the same, Mittal said.