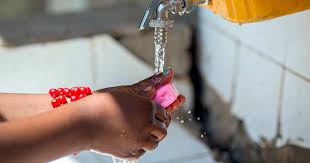 Experts said that many water and airborne diseases could be prevented through making the people and the children in particular conscious about hand washing.

They said concerted efforts of all government and non-government organisations are indispensable for attaining success in this regard.

Besides, it is time to transform the sanitation campaign into social movement for building a healthy society.

They were addressing a post-rally hand washing projection meeting to mark the National Sanitation Month October and World Hand Washing Day, 2019 at premises of Deputy Commissioner’s office in the city today.

Department of Public Health Engineering (DPHE) and District Administration jointly organised the programme where more than 200 people including around 150 schools boys and girls attended.

Main thrust of the programme was to gear up the ‘Clean Hands for all’. ‘Sustainable Development: Hygienic Sanitation’ was the main slogan of the discussion.

Hamidul Haque said the hygiene and sanitation campaign should be successful for the sake of keeping the environment free from pollution side by side with saving people from being infected with numerous air and water- borne diseases.

He said the school boys and girls are most vulnerable to worm infection. They must be aware about health hygiene and using sanitary latrine together with proper hand washing.

The field level government officials and public representatives were urged to engage community and religious leaders at the grassroots in the campaign so that it could be turned into a social movement.