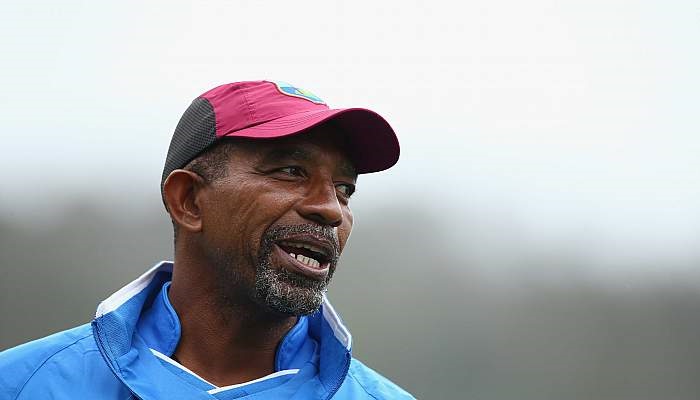 Three years after his controversial removal from the top coaching position, Phil Simmons has returned as head coach of the West Indies team, with his new contract set to run for a period of four years. Simmons, who was among three short-listed candidates, saw off the competition from Desmond Haynes and Floyd Reifer.

Simmons was axed as West Indies coach in September 2016 - six months after West Indies clinched the World T20 title for the second time - with the board citing "differences in cultural and strategic approach". As coach of the Afghanistan team, he saw them qualify for their maiden World Cup in 2019 while he was also at the helm when Barbados Tridents won the CPL title on Sunday. Earlier, Simmons had also coached the Ireland team.

"Bringing Phil Simmons back is not just righting a past wrong, but I am confident that CWI has chosen the right man for the job at the right time. I want to also thank the very talented Floyd Reifer for the hard work he put in while he was the interim coach," said Ricky Skerritt, the CWI president.

Jimmy Adams, CWI's Director of Cricket, who was also part of the interview panel for screening the candidates, said: "I am happy, after a very robust recruitment process at the appointment of Phil to the role of Head Coach. I have no doubt that Phil brings the requisite leadership skills and experience needed to drive improvement across our international squads and I look forward to supporting him in the role."

Following a meeting of board of directors on Monday (October 14), Cricket West Indies also announced the selection panels for the men, women, boys and girls' teams. Former West Indies cricketer Roger Harper was named as chief of the men's panel, which also includes Miles Bascombe. Ann Browne-John was named head the women's and girls' selection panel while Robert Haynes was appointed Talent ID Manager of the boys' panel.