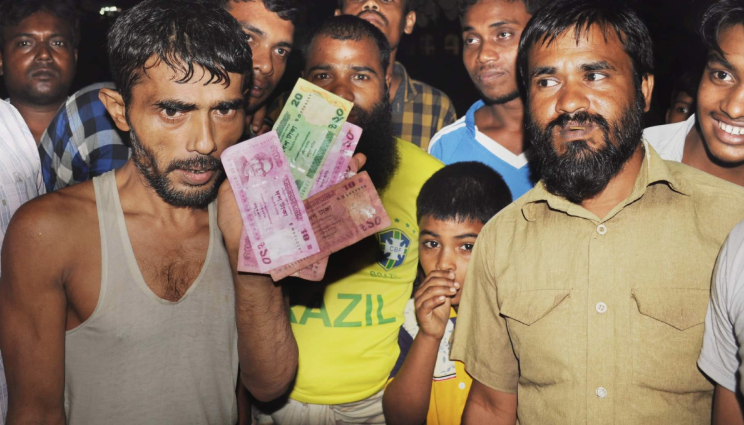 Hundreds of people gathered along the bank of the Karatoa Kiver adjacent to Chelopara Bridge in the town on Monday night after a news spread that money is floating in the river.

Visiting the rail bridge and Fatehali Bridge area, this correspondent found around  50 people were collecting floating money from the river.

Mosharraf Hossain, a resident of Naruli area of the town, said he came here at 9 pm and collected Tk 3,000 from the river while Chandan of Uttar Chelopara area said he collected Tk 1500.

Rahim Uddin, Mahbubur Rahman, Shafiqul Islam, Kafil Uddin of the area said they know nothing about the money but they heard that some people collected a total of Tk 7,500 from the river.

AS Badiuzzaman, officer-in-charge of Bogura Sadar Police Station, said the money might have fallen into the river water from someone’s possession mistakenly.