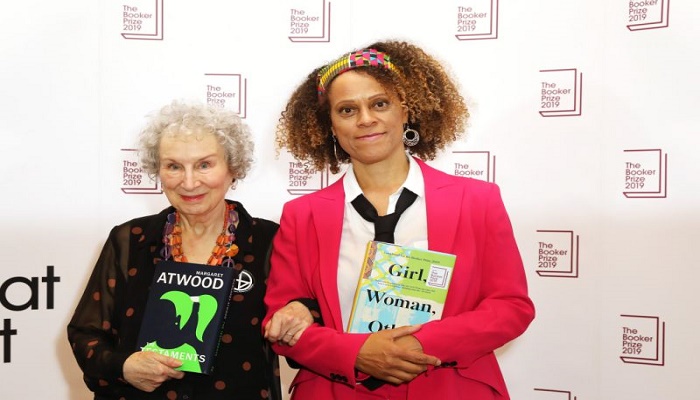 Judges tore up the rule book on Monday, awarding the prestigious Booker Prize for Fiction jointly to Canadian author Margaret Atwood for The Testaments and Anglo-Nigerian author Bernardine Evaristo for Girl, Woman, Other.

Atwood becomes only the second female author to win the award twice, sharing the £50,000 prize at the 50th anniversary ceremony at London’s Guildhall, reports The Hindu.

The award has been shared twice before, in 1974 and 1997, when the rules were changed to supposedly prevent it from happening again.

"I'm very surprised, I would have thought I would have been too elderly," said the 79-year-old Atwoodd, who was honoured for her best-selling sequel to her 1985 dystopian classic The Handmaid’s Tale.