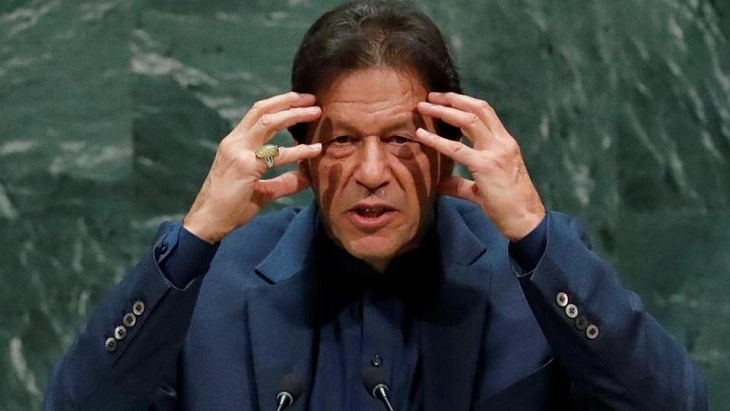 Pakistan is on the verge of strong action by the international terror financing watchdog FATF. The country may be put in the ”Dark Grey” list, the last warning to improve.

During the ongoing meeting of the Financial Action Task Force (FATF) as per indications, Pakistan will be isolated by all members for not doing enough, according to the officials attending the plenary.

Pakistan is on the verge of strong action by FATF, given its inadequate performance, whereby it managed to pass in only six of 27 items, an official privy to the development said.

The FATF on Monday discussed steps taken by Pakistan to stop money laundering and terrorist financing in its plenary meeting.

The body is considering steps to include Pakistan in its black list as Islamabad failed to show that it has taken sufficient measure to curb the menace.

The FATF will finalise its decision on Pakistan on October 18.

According to FATF rules, there is one essential stage between ”Grey” and ”Black” lists, referred to as ”Dark Grey”.

”Dark Grey” means the issuance of a strong warning, so that the country concerned gets one last chance to improve, another official said.

”Dark Grey” was the term used for warning up to the 3rd Phase. Now it’s just called warning — that is the 4th phase.

An inter-governmental body established in 1989, FATF was established to combat money laundering, terrorist financing and other related threats to the integrity of the international financial system.

The FATF last year in June placed Pakistan on the grey list of countries whose domestic laws are considered weak to tackle the challenges of money laundering and terror financing. FATF further gave Pakistan a plan of action to complete it by October 2019 or face the risk of being placed on the blacklist with Iran and North Korea.

If Pakistan continues with the ”Grey List” or puts in the ”Dark Grey” list, it would be very difficult for the country to get financial aid from the IMF, the World Bank, and the European Union, making its financial condition more precarious.