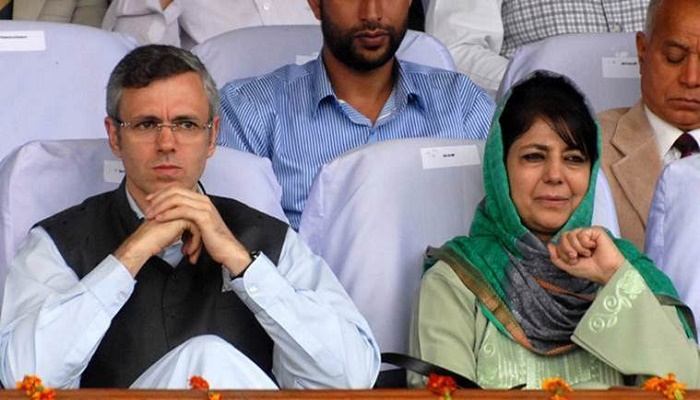 There is a question mark on the continuing detention of former J&K Chief Ministers Omar Abdullah and Mehbooba Mufti with Union Home Minister Amit Shah saying they have been detained under the Public Safety Act (PSA), while officials in Srinagar said they are unaware of the PSA being invoked against the two leaders, reports Hindustan Times.

Responding to a query on the detention of Omar and Mehbooba, Shah, in an interview to India Today TV channel Monday, said “ they are still in detention under the Public Safety Act.”

Omar and Mehbooba were among mainstream party leaders placed under detention ahead of the August 5 announcement that ended the special status of the state under Article 370.

The PSA was later invoked against Omar’s father Farooq Abdullah, a three-term Chief Minister and the current Srinagar MP, and his house in Srinagar declared a subsidiary jail. The stringent PSA allows the government to detain a person without trial for a period ranging from six months to two years.

Asked about the detention of leaders, Shah said: “When the incident is fresh… immediately after the removal of Article 370, that there will be shock among people is natural… if someone tries to instigate, obviously there will be a problem in controlling the situation.”