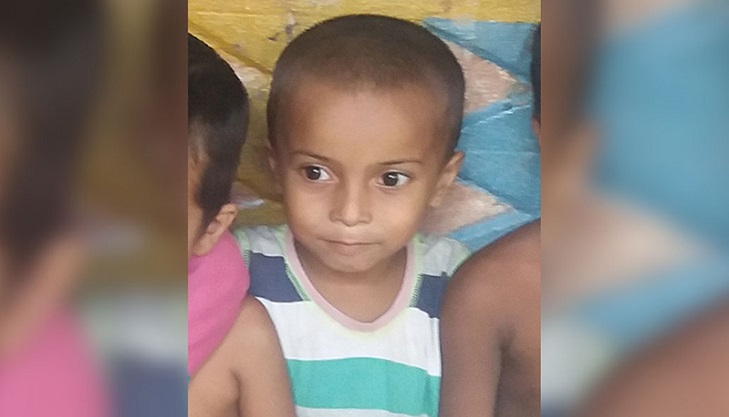 A case has been filed with Derai police station of Sunamganj over the brutal killing of the 5-year old boy Tuhin in the area.

Acting officer-in-charge Abu Taher Molla of Derai thana confirmed the matter. Though, the names of the accused persons could not be known immediately.

Earlier on Monday, the 5-year-old boy, son of Abdul Basir and Monira Begum of Derai area, was brutally killed. The victim’s throat slit body was found hanging from a tree dripping blood from his clothes as two sharp weapons were stabbed inside his stomach, ears, and genitals of the boy were also cut off.

Briefing the media at Derai police station around 7pm on Monday, SP Mizanur Rahman said they had detained seven people for questioning earlier in the day.

“During interrogation, we found involvement of two to three of them in the murder. These people have also confessed to their involvement to police,” said Mizanur.

According to police and members of the deceased family, Tuhin was sleeping with his parents on the same bed but when his father woke up in the middle of the night to go to the washroom he saw the door of the house was open and could not find his son anywhere.

Then, the victim's family along with their neighbours, started searching for Tuhin in the nearby area and after a while they found his dead body hanging from a tree.

They then informed Derai police station regarding the incident.