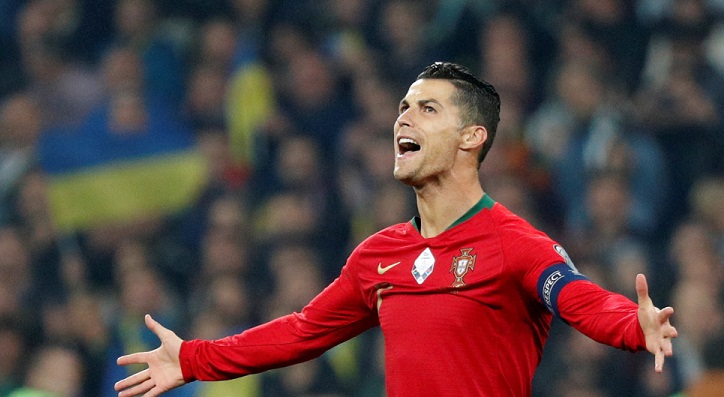 Portuguese football star Ronaldo enters the 700 goals club after scoring a goal against Ukraine at a match of EURO 2020 qualifier on Monday.

Although Ronaldo scored his landmark goal from the penalty spot in the 72nd minute and Taras Stepanenko was sent off, Ukraine held on to secure first place in Group B.

Portugal dominated the second half and finally achieved a breakthrough when Stepanenko blocked a shot with his arm, receiving his marching orders before Ronaldo blasted home the penalty to make it 700 goals for club and country.

The goal was his 95th for Portugal. The 34-year-old is now just 14 goals behind the all-time international record of 109 held by former Iran striker Ali Daei.

While the exact number of goals scored by some of the game's legends is the subject of debate, Ronaldo is agreed to be the sixth player to reach 700 after Austrian Josef Bican, Brazilians Romario and Pele, Hungarian Ferenc Puskas and German Gerd Muller.