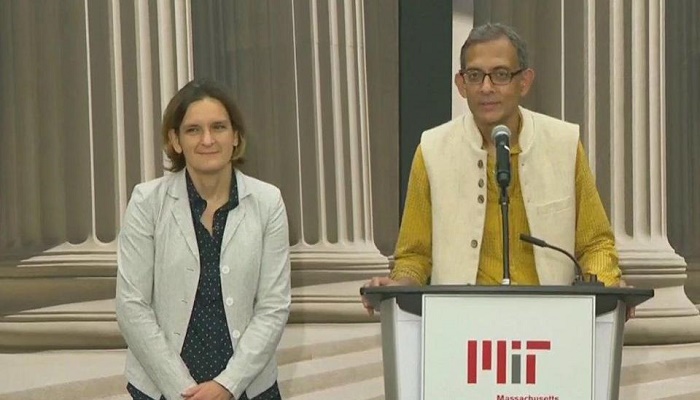 Indian-American economist Abhijit Banerjee promptly went back to sleep after he was informed about his stupendous win fearing “an assault to the system” since the news about his winning this year’s Sveriges Riksbank Prize in Economic Sciences came in early on Monday morning.

“Yes. It was very early in the morning. I’m not an early morning person. I figured it would be an assault to the system if I don’t continue my sleep,” Banerjee said in an interview with NobelPrize.org, according to news agency PTI.

The announcement for the Nobel Prize for Economics was made at 6 am New York time on Monday.

Banerjee, his French-American wife Esther Duflo, and Michael Kremer bagged the award for their “experimental approach to alleviating global poverty”. After winning the coveted prize, Duflo has become the second female economics winner in the 50-year history of the Nobel Prize for Economics. At 46, she is also the youngest recipient.

Banerjee was educated at the University of Calcutta, Jawaharlal Nehru University and Harvard University, where he received his Ph.D in 1988. He is currently the Ford Foundation International Professor of Economics at the US-based Massachusetts Institute of Technology (MIT).