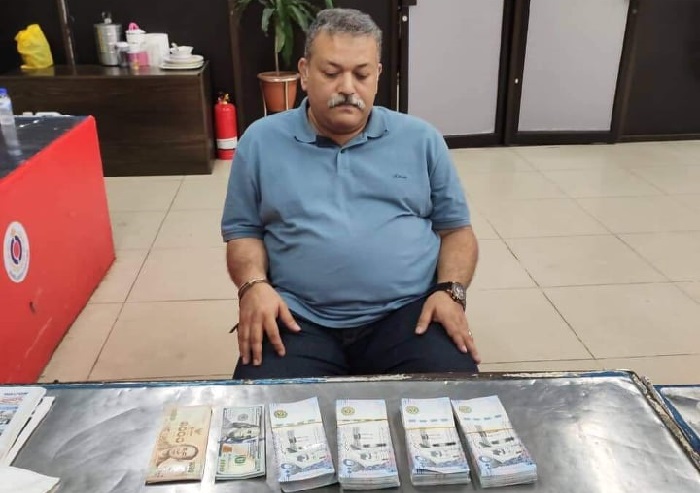 Customs officials arrested a person with foreign currency notes worth around Tk 41.70 lakh at Hazrat Shahjalal International Airport (HSIA) in Dhaka on Monday.

The arrestee was identified as Ahmed Ashiq Mahmud.

Ashiq was leaving the country to Bangkok by flight no-BS213 of the US-Bangla Airlines carrying foreign currency notes of the Unites States of America, Saudi Arabia and Thailand.

Later, customs officials handed him over to Airport Police Station. A case was filed against him under VAT, narcotic and customs act.