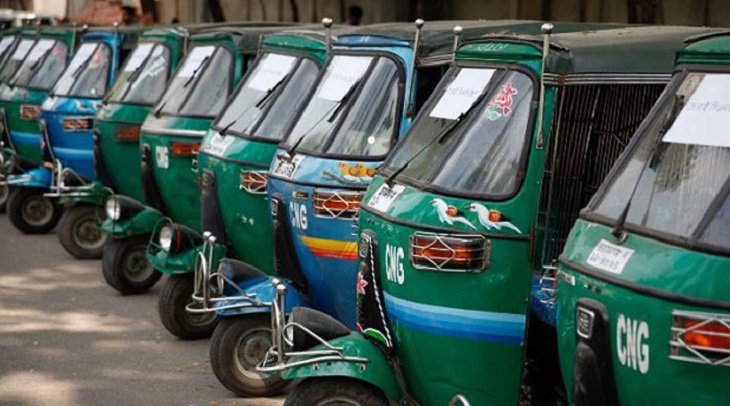 A section of compressed natural gas (CNG) driven auto-rickshaw owners and workers will go on a 3-day strike from tomorrow (Tuesday) to realise their 9-point demand.

The demands include increase in fare rate, end to the movement of illegal auto-rickshaws in Dhaka metropolitan areas, said a release of Dhaka Mahanagari CNG Auto-Rickshaw Malik-Sramik Sangram Parishad.

Owners and workers of CNG-run autos launched the platform on October 3 and placed a nine-point charter of demands at a press conference at the National Press Club in Dhaka.

They further demanded an end to the movement of auto-rickshaws from outside Dhaka particularly from Gazipur, Narsingdi, Narayanganj and Munshiganj, commercial use of private CNG autos, harassment by police, and illegal vehicles running under ridesharing services.

The platform also demanded filing no cases over parking without providing parking spaces, filing no case based on surveillance videos, mandatory uniform for drivers and stickers for vehicles under ridesharing services, cancellation of re-testing system during the renewal of driving licences and all underhand dealings in the process, active role of police to stop hijacking and other crimes, announce auto-rickshaw as an industry, and put an end to the harassment by Bangladesh Road Transport Authority.