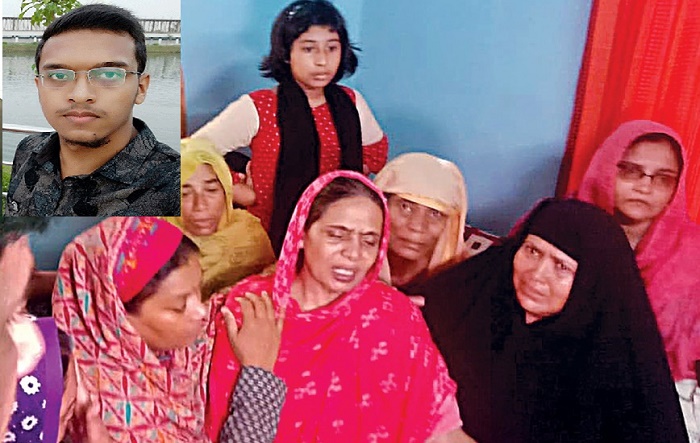 The family members of Bangladesh University of Engineering and Technology (BUET) student Abrar, who was allegedly killed by BCL leaders, have reached Ganabhaban to meet Prime Minister Sheikh Hasina.

They reached the official residence of the premier at around 5:00pm on Monday.

Earlier on October 10, Prime Minister Sheikh Hasina assured that the killers of Bangladesh University of Engineering and Technology (Buet) student Abrar Fahad will get the highest punishment.

“He (Abrar) was a son of a normal family. What is the reason behind the brutal and dangerous act like picking up and beating such a brilliant student? We are taking action against them. The highest punishment will be given to them and there’s no doubt about it,” said Sheikh Hasina.

“I ordered police to identify the killers by checking the CCTV footages,” she added.

She also said that criminals are criminals and no matter which political party they belong to.

Abrar, a second-year student of electrical and electronic engineering, was beaten to death reportedly by Chhatra League leaders of the university's Sher-e-Bangla Hall unit on October 7.