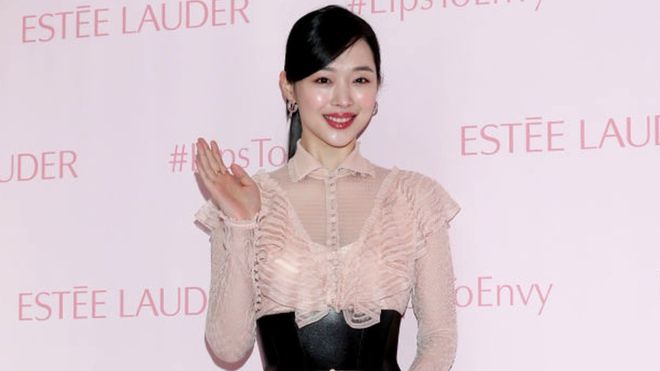 Police told that the singer's manager found her dead at her home near Seoul, South Korea.

They say they are investigating the cause of her death and are working on the ‎assumption that she may have taken her own life.‎

The star, who had more than five million followers on Instagram, was a former member of the band F(x) until she left in 2015 to focus on her acting career.

Some believe the artist, whose real name is Choi Jin-ri, suspended her K-pop work after struggling with the abuse she got online.

Sulli was good friends with K-pop star Jonghyun, who took his own life aged 27.

The artist paid tribute at his funeral in 2017.

Sulli was known for being controversial and outspoken.

She was involved in the so-called "no bra" scandal where she showed her nipples on a number of ‎occasions.

The first pictures appeared on her Instagram account in May 2016 and she faced a huge ‎amount of abuse on social media.

Last month her breasts were shown by accident during a live ‎Instagram stream - which again caused controversy in conservative South Korea.