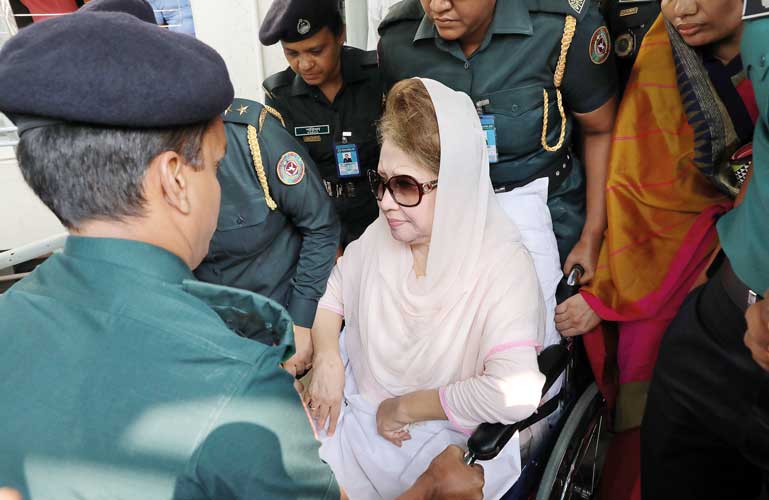 A Dhaka court on Monday set November 5 to hold hearing on charge framing in Niko graft case against BNP chairperson Begum Khaleda Zia and others.

Today was set for holding hearing on charge framing, but the jail authorities couldn’t produce Khaleda Zia before the court as she is undergoing treatment at Bangabandhu Sheikh Mujib Medical University (BSMMU).

Khaleda is now behind the bar after being convicted in Zia Orphanage Trust graft case on February 8, 2018. She was sentenced to five-year imprisonment, which later enhanced to 10 by the High Court.