Mobile services back in Kashmir after 72 days 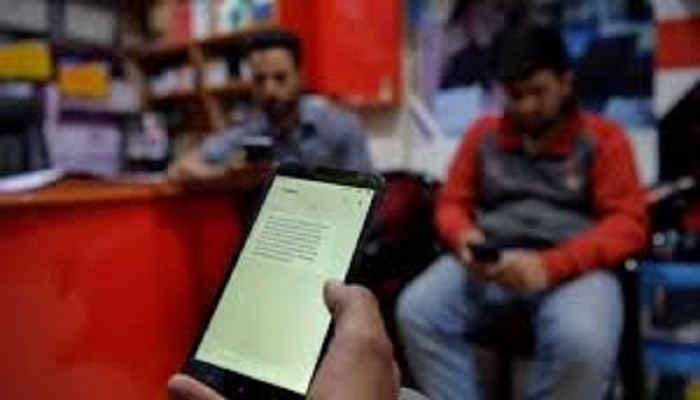 72 days after mobile and internet communications were blocked in the Kashmir Valley by the Indian government, postpaid mobile services on all networks in Kashmir were restored at noon today. The restoration of mobile phone connections comes over two months after the government revoked Jammu and Kashmir's decades-old special privileges.

Some 40 lakh postpaid mobile phones have become operational from Monday noon. Around 30 lakh pre-paid mobile phone connections are yet to be restored. Internet connectivity, however, will remain suspended for now.

A couple of people  spoke to on the streets of Srinagar were not aware  that postpaid connections are back and had left their mobile phones at home. "It won't make any difference to me... There are certain other issues which need to be solved first," a Srinagar resident said. "In today's world, it is a need. Yes, definitely there will be a relief," he added.

"Having reviewed the situation, a decision has now been taken to restore mobile phone services in the remaining areas of Jammu and Kashmir. All postpaid mobile services, irrespective of the telecom operator will stand restored and be functional from 12 noon on Monday, October 14. This will cover all 10 districts of Kashmir province,"  Jammu and Kashmir Principal Secretary Rohit Kansal had said on Saturday.

The central government had ended Jammu and Kashmir's special status on August 5 and split it into two union territories, saying the move would help ensure that people of the state get the same constitutional benefits as the rest of the country and spur development.

Some of those curbs have been slowly relaxed, but mobile and internet communications in the Kashmir Valley were largely still blocked. The advisory preventing tourists from visiting the state was lifted last Thursday.

Last month, the government restored landline connections.However, few of these telephones serviced by government-run operator BSNL are used at homes. The restrictions had left local residents frustrated and disrupted essential services and businesses.

In Jammu, the communication was restored within days of the blockade and mobile internet was started around mid-August. However, after its misuse, internet facility on cell phones was snapped on August 18.