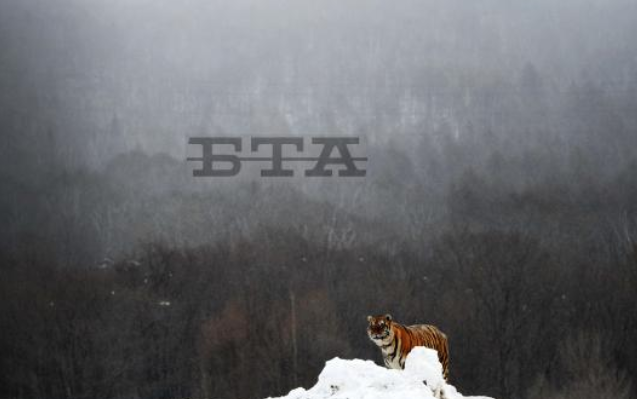 Thanks to the most loyal "spokesman" for Siberian tigers, preparations are well under way for construction of a designated corridor on the border between China and Russia for the free migration of the big cats on the brink of extinction.

The corridor program is what Ma Jianzhang, 82, and his "tiger team" have been lobbying for over the past half century.

As the only Chinese Academy of Engineering academician in the field of wildlife conservation and utilization, Ma was thrilled to witness the signing of a China-Russia joint statement this June that included the construction of an ecological corridor aimed at free migration for Siberian tigers.

Ma grew up on the prairie in northern China's Inner Mongolia Autonomous Region. "My love for nature started there," he said.

Ma attended Northeast Forestry University. Upon graduation in 1960, he stayed to become a teacher while doing research on forestry and ecology. It was also in that year, Ma's story with Siberian tiger began.

During a field survey with his colleagues in a forest, as he recalled, he suddenly sensed a cold light coming at him through trees. He raised his eyes and met the eyes of a tiger.

Frightened, he  screamed "TIGER!" before the whole team fled as fast as they could, throwing away everything along the way.

The next day when they returned to the spot, they found Ma was only 30 meters away from the tiger judging from the footprints. It was the first and the only encounter he came so closely with a wild Siberian tiger.

Wild Siberian tiger is one of the most endangered animals on Earth. An incomplete statistical observation shows there are only about 500 of them in the wild.

Due to increasing human activities and shrinking habitats, Ma said only 14 wild Siberian tigers were left in China by the end of 1990s, while 151 were counted back in 1976.

In the early 1980s, China conducted an aerial survey of Siberian tigers. Ma took low-speed, low-altitude aircraft for six hours a day during that time. The bumpy fights got him vomit everything, even bile.

However, the aerial survey proved to be unsuitable for the rare species. Ma and his team therefore resorted to ground survey, looking for footprints, feces and furs.

Based on his findings, Ma put forward a slew of theories in endangered wildlife protection, laying a foundation in China's wildlife management and establishment of nature reserves.

Currently he is leading his team on a detailed plan in building a cross-border reserve for Siberian tigers, which would be conducive to the tigers' gene communication.

This year, an AI-enabled monitoring platform has been established. By tracking and monitoring endangered Siberian tigers, the platform is expected to provide cross-border services for wildlife protection.

In 1998, China laid out a natural forest protection program with the aim of protecting and restoring forests. After the protection endeavor of more than two decades, foods for Siberian tigers have seen an increase and quality of habitats improved.

"This means that tigers are willing to settle down here with the improvement of the ecological environment," Ma said.

In 2017, China established its first national park for Siberian tigers and Amur leopards. Spanning an area of over 1.46 million hectares in the provinces of Jilin and Heilongjiang, the park is scheduled to be completed in 2020.

To intensify protection efforts for the tigers, rising numbers of the big cat is needed. The China Hengdaohezi Feline Breeding Center is the world's largest breeding base for the endangered species.

There are more than 1,000 captive-bred Siberian tigers now at the center, compared with only eight in 1986, when the center was established.

"I've only done one thing in my life -- safeguarding wildlife. To protect wild animals is to protect ourselves," Ma said.