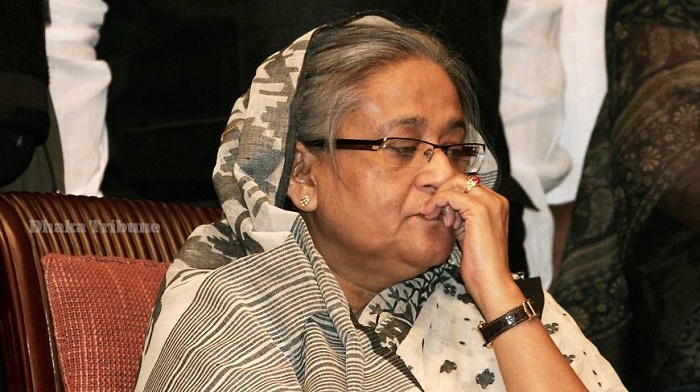 “Sheikh Hasina expressed her condolence at the demise of senior journalist Dil Monowara Monu,” the press wing of the premier said in a condolence message on Monday.

The Prime Minister prayed for the eternal peace of the departed soul and conveyed profound sympathy to the bereaved family, the message added.

Senior journalist Dil Monowara Monu died on early Monday at BIRDEM General Hospital in the capital. She was 68.

Her namaj-e-Janaza will be held on the Jatiya Press Club premises at 3:00pm, Press Club President Saiful Alam and General Secretary Farida Yasmin said in a message.

Her first janaja will be held at Bibi Mosque at Lalmatia in the city after Johr prayer. Later, the body of the journalist will be taken to Kachi-Kachar Mela premises and then to the Press Club. She will be buried to Jurain family graveyard.