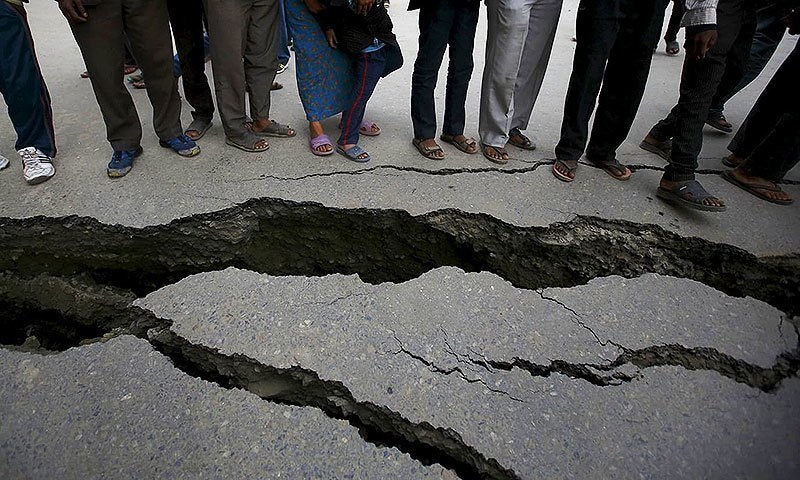 A 5.8 magnitude earthquake jolted parts of Pakistan early on Monday morning, according to the National Seismic Monitoring Centre (NSMC) in Islamabad.

Ali said that no causalities were reported yet, adding that the PDMA was in contact with the district administration to collect details of damage that may have occurred.

The NSMC recorded the quake in the Hindu Kush region in Afghanistan with a depth of 157 km.

Additionally, a 3.8 magnitude earthquake was recorded 10 km northeast of Jhelum on Sunday.

Last week, a 5.2-magnitude earthquake shook parts of KP, sending people out of buildings and on to the streets. The epicentre of the quake was in the Hindu Kush region in Afghanistan, according to data released by the Pakistan Meteorological Department (PMD).

The quakes come as people remain on edge after a powerful 5.6-magnitude earthquake rocked several cities and northern parts of the country on September 26, including in KP, leaving at least 38 people dead, over 500 injured and thousands of houses and road infrastructure damaged. Following the quake, at least 67 individuals were injured after shallow tremors struck Mirpur city of Azad Kashmir.