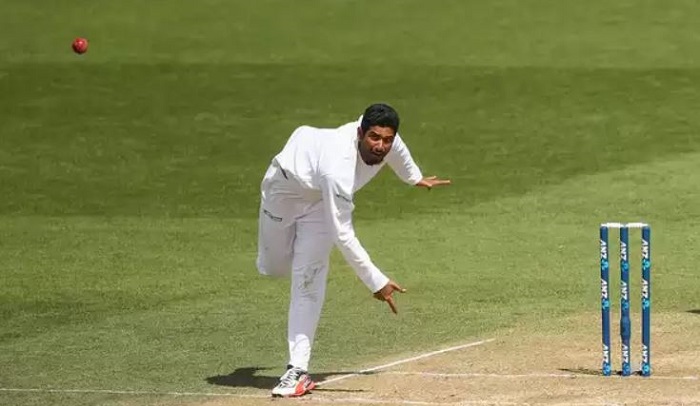 Bangladesh all-rounder Mahmudullah has returned to bowling long spells after a long period of lull.

Having injured himself earlier, he aggravated that injury during the first Test against New Zealand at Hamilton on last February when he dived on the field twice.

Scans ahead of the World cup revealed that the 33-year-old had suffered a grade 3 tear on his shoulder, forcing him not to bowl in the mega-tournament.

He resumed bowling thereafter, but in short bursts. But although Mahmudullah bowled in the three-match ODI series against Sri Lanka, it hardly looked that he had regained back his full rhythm as he bowled with a round-arm action.

He started bowling occasionally with a high-arm action during the just concluded Test series against Afghanistan but bowled only four overs and picked up a wicket.

Mahmudullah needed some big spells under his belt to get back the confidence as a bowler and the first phase of the National Cricket League, country's traditional first-class competition, provided him that opportunity, where he bowled 39 overs for Dhaka Metro, across two innings, against Chattogram Division.

He also picked up six wickets, which included the prized scalp of Tamim Iqbal on two occasions in the drawn match.

"I could not bowl for seven months because of my shoulder injury, so I tried to bowl some overs in the middle," Mahmudullah told reporters after the match at Mirpur on Sunday (October 13). "I had a good bowling practice as I tried to bowl as many overs as possible because that was my target. My bowling always gives me some added confidence in my batting.

"We were told that we have to play two or three matches and our coach[ Russell Domingo] instructed us that way so everybody was focused and everybody tried their level best.

"We have the India series coming up. It's a big series and every national team player is trying to perform and get a chance in the squad."

According to the Bangladesh team management, the national cricketers began their preparation for the upcoming tour of India by taking part in the NCL and it couldn't have been any better for Mahmudullah, who also scored 63 runs from 134.

"I would have been happier if I could score a hundred," he said. "The bowlers were getting help in day two or even in day three and so I probably scored two or three runs in the opening 30 to 40 odd deliveries as I wanted to stay at wicket and score when my opportunity comes."

Mahmudullah also brushed aside criticisms around nationals players' disinterest in playing NCL and said that it is the busy schedule that keeps them from playing the domestic tournament. The senior trio of Tamim Iqbal, Mushfiqur Rahim and Mahmudullah have played the NCL after a long gap. Tamim and Mahmudullah last played NCL in 2015, when they represented Chattogram and Dhaka divisions respectively while Mushfiqur turned up for Rajshahi Division for a lone game in 2017.

"We had lots of international matches. Everyone was busy too, playing league games. But it's not like we did have available time and we did not want to play," said Mahmudullah.

"The thing is that, if we have proper time to rest and opportunities (to play)- we are ready to play because we want to play- does not matter if it's domestic or international matches." he said adding the competitiveness of NCL has increased.

"I think, there was a good difference (than earlier). I think everyone is trying harder than before. Whether it's batting or bowling - everyone is working hard. That is the main thing. Sometimes you will perform and sometimes you won't but you have to keep the process active - that is important."