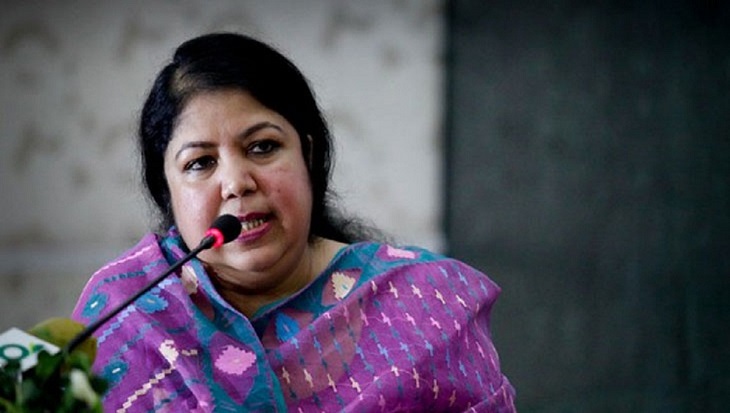 Speaker Dr Shirin Sharmin Chaudhury on Sunday joined the 141st assembly of the Inter-Parliamentary Union (IPU) in Belgrade, the capital of the southeast European country of Serbia.

She attended the Forum on Women Parliamentarians held as part of the assembly at Sava Centre there, said a handout.

Dr Shirin is leading a four-member delegation of Bangladesh Parliament at the function.

Habibe Millat presented a paper titled ‘Achieving Universal Health Coverage by 2030: the Role of Parliament in Ensuring the Rights of Health’ at the meeting.

The five-day assembly of the IPU, a global inter-parliamentary institution established in 1889, began on Sunday.

Meanwhile, Dr Shirin had a meeting with Indian Lok Sabha Speaker Om Birla on the sidelines of the assembly at the Sava Centre in Belgrade, said another handout.

During the meeting, different bilateral issues of mutual interests, parliamentary practices, development of Bangladesh, bilateral trade and celebration of the Mujib Barsha (Mujib Year 2020-2021) came up for discussions.

Recalling the contribution of India to gaining the independence of Bangladesh, Dr Shirin expressed firm views to extend support to India in the IPU and CPU forums.

Noting the Mujib Barsha will be celebrated in a magnificent way, Dr Shirin invited the Indian Speaker to visit Bangladesh for joining the gala celebration.

In response, Om Birla thanked her for invitation and hinted that he would join the celebration.

Om Birla said the exchange of parliamentarians between the two neighbouring countries will add a new dimension to parliamentary practices of India and Bangladesh.