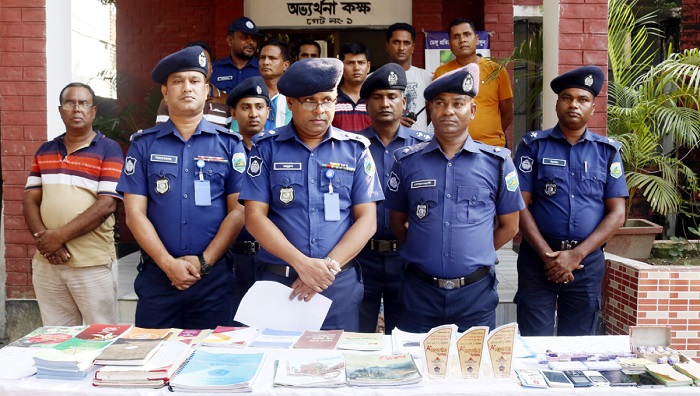 Naogan police on Sunday arrested six suspected members of Islami Chhatra Shibir, student wing of Jamaat-e-Islami along with molotov cocktail and jihadi books from Madrasapara area in the district town.

Superintendent of Police Md Abdul Mannan Mia in a press briefing at the premises of Sadar Police Station said acting on a tip off they arrested the Shibir men.

25 to 30 Shibir men were in a secret meeting in a house and planning to commit sabotage when police caught six of them but rest managed to flee, said officer-in-charge of Sadar Police Md Suhrawardi Hossain.