Kamal urges ADB to convince others for Rohingya repatriation 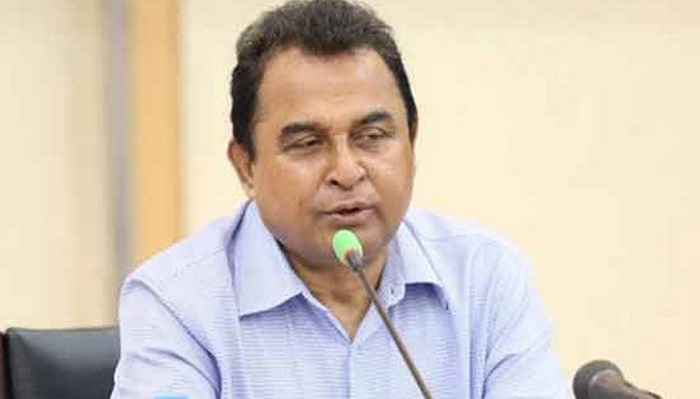 Finance Minister AHM Mustafa Kamal on Sunday urged the Asian Development Bank (ADB) to raise their voice and convince other counterparts so that the forcibly displaced Rohingyas from Myanmar could go back to their homeland as quickly as possible.

“We’ve requested them (ADB) to raise their voice and to take necessary preparations, to convince other counterparts in this regard (Rohingya repatriation). Because, they (ADB) are working on such a platform from where they can reach everybody,” he said.

The finance minister was talking to reporters after a visiting delegation of the ADB, comprising a number of its executive directors, led by executive director In-chang Song, met him at a city hotel. Kamal also hosted a lunch in honour of the ADB team.

Kamal said during the meeting, they requested the Manila-based lending agency that they should extend help to the government of Bangladesh so that the Rohingyas could go back to their own land as fast as possible.

The minister said they have explained the ADB team that about 1.1 million Rohingyas are now in Bangladesh which is a huge ask for the government to take care of them since Bangladesh is a densely populated country.

Answering to a question about the ADB’s future assistance in Bangladesh, the finance minister said, “ADB is working with us on a long-term basis since 1973. On a long-term perspective, they know our requirements. Since 1973, they (ADB) have disbursed around $25 billion to Bangladesh. So, whenever we have any good project and we need fund or whenever we approached them, we’ve never failed,”

Kamal went on saying, “So, this is our relationship. It says, there is no constraint for funding if we’ve a good project,”

He also noted that the relationship between Bangladesh and the ADB is augmenting day by day. “I also strongly believe that it will also be a sustained relationship in the days to come,”

Acknowledging the continued support of the ADB since 1973 towards the development strides of Bangladesh, he said with the support from ADB alongside other development partners, Bangladesh has been able to come at this stage of its economic journey. “But, still there is a long way to go,”

The finance minister said the ADB team is here to see how the government of Bangladesh has been utilizing the funding from the ADB side by side to see the further requirements of Bangladesh to help reaching its goal of becoming a developed nation by 2041.

Kamal also noted that the visit of this ADB team would be a meaningful visit for the people of Bangladesh as this is the largest ADB team that the country has ever received.

He said that the ADB team would not be staying only in Dhaka, rather would be visiting the villages. “So, they will be able to see more intensely how the people of Bangladesh are living and with their support, it can be further strengthened,” ADB executive director and team leader In-chang Song said Bangladesh achieved the highest economic growth last year in the Asia-Pacific region adding, “ADB is proud as we’re the long-term development partner of Bangladesh. So, we want to continue our partnership with Bangladesh and the journey towards prosperity as well as wish to become a part of the country’s economic development in the future,”

Replying to a question on the Rohingya issue, another ADB executive director Kris Panday said they took note of the concerns of the government of Bangladesh. “We’ve taken a very fast step to support the humanitarian needs of the people, who have been displaced (from Myanmar) and that’s really our priority.”