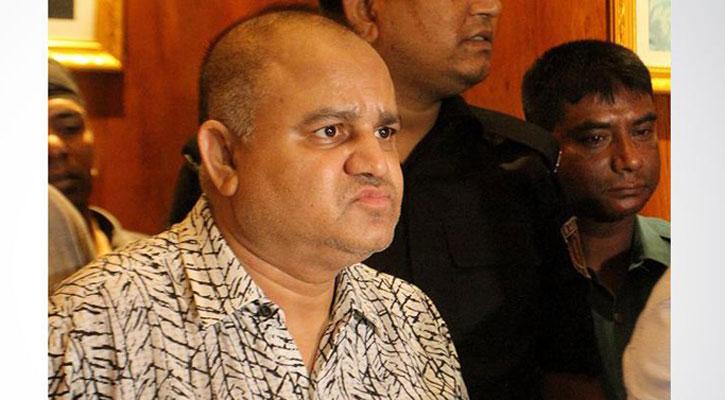 A Dhaka court today sent corrupt contractor Golam Kibria Shamim alias GK Shamim to jail as police produced him before the court after end of his five-day remand in a money laundering case.

Dhaka Metropolitan Magistrate Sadbir Yasir Ahsan Chowdhury passed the order as investigation officer (IO) and CID senior assistant superintendant of police Abu Sayeed produced Shamim before the court and pleaded to keep him behind bars until the end of probe in the case. Shamim’s counsel however, pleaded for his bail.

After hearing both the sides, the court sent Shamim to jail.

A Dhaka court on October 2 placed Shamim on a total of nine-day remand in two cases lodged under anti-money laundering and arms acts.

Earlier the police produced him before the court after end of his 10-day remand in weapon and narcotics cases. The court of Dhaka Metropolitan Magistrate Tofazzal Hossain at the time allowed a police plea to show Shamim arrested in anti-money laundering case.

Rapid Action Battalion (RAB) filed three cases, one under arms act, one under narcotics act and another under money laundering prevention act.

A mobile court of the RAB led by Executive Magistrate Sarwar Alam surrounded Shamim’s business office at Niketan and conducted the raid on the afternoon of September 20.

Shamim, who used to con people by identifying himself as a leader of Jubo League, were detained along with his seven bodyguards and around Taka two crore in cash and Fixed Deposit Receipt (FDR) of about Taka 165 crore were seized from his capital’s Niketan office.