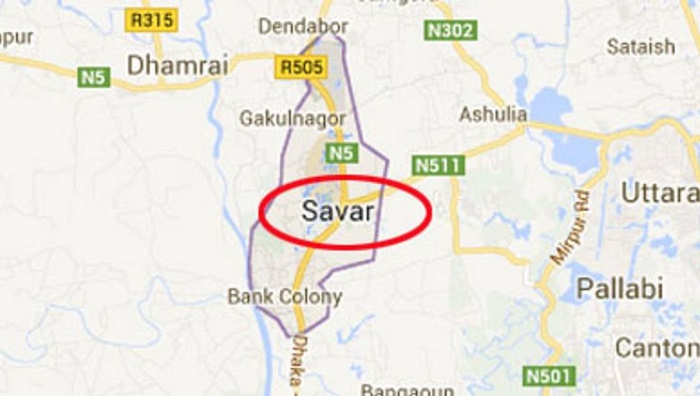 Robbers looted valuables, including Tk 3 lakh in cash and gold ornaments, from two flats at Ashulia of Savar in Dhaka on early Sunday.

Locals said a gang of 8-10 bandits stormed the apartment of Al Mamun, an expatriate living in Abu Dhabi, at the house of Solaiman Hossain breaking open the door in the early hours and took away Tk 2.27 lakh in cash, 2 tolas of gold and other goods at gunpoint.

They also broke into the nearby apartment of Amir Hossain, a local businessman, and looted 3 tolas of gold, nine handsets and Tk 90,000 in cash.

Sheikh Rezaul Haque Dipu, officer-in-charge of Ashulia Police Station, said they were trying to arrest the robbers and recover the booty.