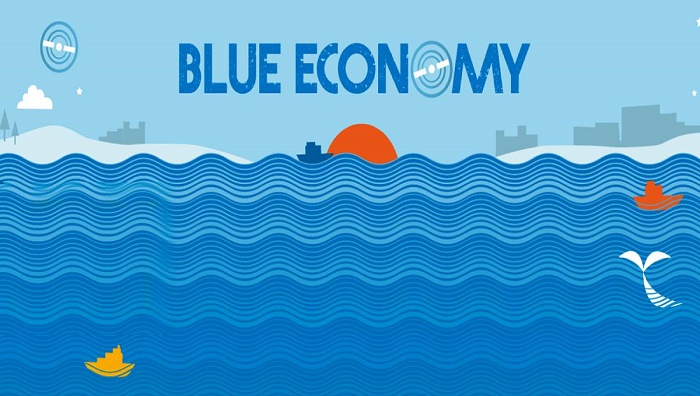 Discarding the advice of a parliamentary standing committee to strengthen the Blue Economy Cell, a newly created body, as a government authority, the Energy and Mineral Resources Division (EMRD) has now moved to make it operative as a wing of the ministry.

Following the settlement of maritime disputes both with India and Myanmar, the BEC was created in January 2017 as a small administrative cell under (EMRD) of the Ministry of Power, Energy and Mineral Resources to mainly explore and utilise the potential resources in the country’s maritime areas.

But the BEC activities remained confined to holding occasional meetings as it is now inadequately equipped with a few officials sent on deputation.

Against this backdrop, the parliamentary standing committee on Power, Energy and Mineral Resources Ministry last year made a recommendation to upgrade the BEC as an authority with a permanent setup.

As per the recommendation, the BEC, which is now headed by an additional secretary, sent a draft plan to give it a shape of a permanent government authority with permanent setup.

But the EMRD rejected the BEC plan and took a decision to turn it into a wing of the ministry.

At present, only five government officials are working in the BEC who were posted on deputation from different ministries and government agencies.

Admitting the latest the EMRD decision, additional secretary Dr Golam Shafiuddin, who is also the BEC head, said the decision was taken a month back and now a proposal on formation of a wing remained pending with the EMRD for further directives.

He also said the BEC now only can play a role of supporting body in organising seminars and discussion meetings.

“We’re just now working as a coordinating body, having no authority to take any effective decision on development of blue economy,” he told UNB.

He said the BEC was expecting a reasonable budget from the government to take some programmes. “But there has been no such allocation in the budget for taking any programme.”

Official sources said the government has identified 26 sectors related to the development of the blue economy in Bangladesh, most of which remained untapped for lack of proper initiatives.

They said the 26 sectors were identified by the Ministry of Foreign Affairs in two national-level workshops in 2014 and 2017.

Bangladesh won 19,467 square kilometres of the disputed 25,602 sq km area along the Indian border in the Bay of Bengal, following the settlement of maritime dispute with the neighbouring country on July 8, 2014.

Earlier, the country won a claim to 200 nautical miles of exclusive economic zone and territorial rights in the Bay of Bengal following the settlement of another dispute with Myanmar in December 18, 2013.

Officials said those two settlements have opened the doors of huge blue economy potentials, but no effective initiative has been taken to exploit that.

Meanwhile, the government has formed a 25-member high-powered committee, headed by the principal secretary, to prepare a comprehensive plan on the blue economy.

But, in the last two years, there has been no headway in this regard because of inactivity of the committee, said a top official of the Blue Economy Cell, seeking anonymity.