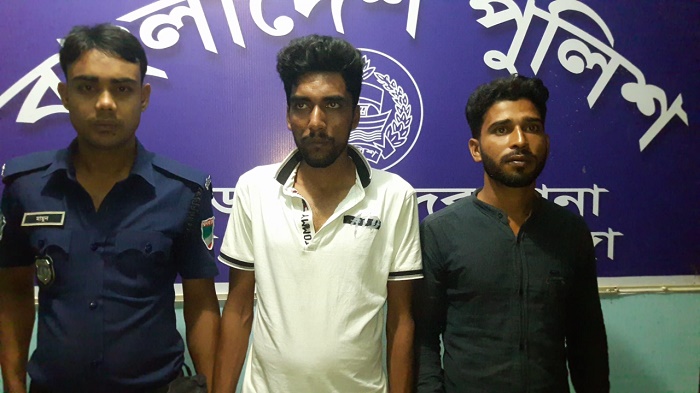 A housewife came under an arson attack at Taltola village of Sadar upazila in Chuadanga on Saturday evening.

Police arrested the perpetrators -- Arup Hossain, 26, son of Dolon Mia, and Ripon, 25, son of Sanwar Hossain of Islampara area of the district town -– after the attack.

Officer-in-charge of Sadar Police Station Abu Jihad said Arup and Ripon used to harass Afsana Mimi, wife of a Bangladeshi expatriate living in Malaysia, as she refused their illicit proposal.

The duo threw a burning matchstick on the housewife in the evening while she was standing in front of the gate of their house.

Mimi suffered injuries to her left hand in the incident, the OC said.

Hearing her screams, family members rescued her and took her to a hospital.

Later at night, the victim filed a case with the police station, Jihad added.