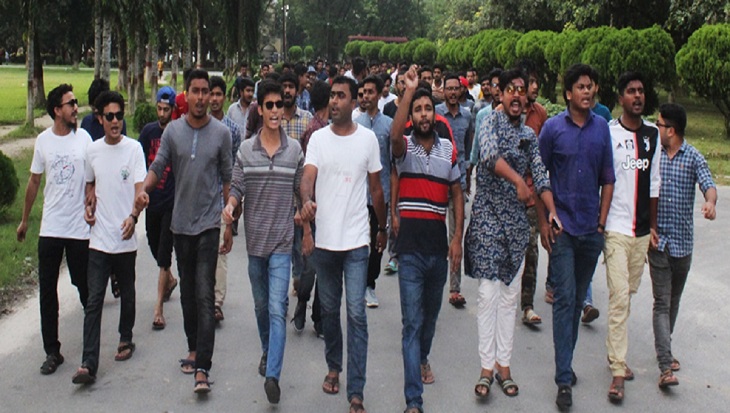 The president of Bangladesh Chhatra League (BCL) of Islamic University unit was ousted from the campus by rivals on Saturday.
Witnesses said unit BCL chief SM Rabiul Islam Palash and its former assistant secretary Faisal Siddiqi Arafat had long been at loggerheads over establishing supremacy on the campus, reports UNB.

Palash along with his 10-12 supporters came to the party tent around 10am while around 200 supporters of Faisal, including those who did not get any post in the new committee, went there and locked into argument with Polash.

At one point, BCL president along with his supporters was forced to leave the campus.

Palash said they went to the campus for distributing leaflets demanding punishment of the killers of Buet student Abrar Fahad but the other BCL faction misbehaved with them.