SAFF U-15 Women’s: Bangladesh to play India on Sunday 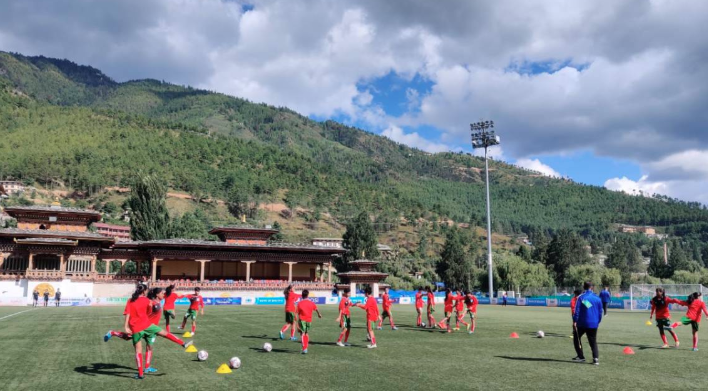 The match will kick-off at the Changlimithang Stadium in Thimpu of Bhutan at 3 pm (BdST).

In the day’s another match, hosts Bhutan will play against Nepal at the same venue at 6 pm. Ahead of their match, Bangladeshi girls will be in a practice session in Thimpu on Saturday.

Bangladesh confirmed their spot in the final of four-team meet beating Nepal by 2-1 goals while India also reached the final routing hosts Bhutan by 10-1 goals on Friday.  The two teams will lock horns in the final on October 15 at the same venue.

In their last three meets in SAFF U−15 Women's Championships, Bangladeshi girls won two matches and lost one against India.

After crushing India by 3-0 goals in the group stage of SAFF U−15 Women's Championship 2017, Bangladesh again beat them by 1-0 goal in the final to clinch their first title in Kamalapur Stadium here on December 24.

In the SAFF U−15 Women's Championship 2018, Bangladeshi girls conceded a 0-1 goal defeat against the same side in the final of in Thimphu on August 18.

Earlier on Wednesday, Bangladesh made a flying start beating hosts Bhutan by 2-0 goals in their first match while India crushed Nepal by 4-1 goals in the day’s opening match.