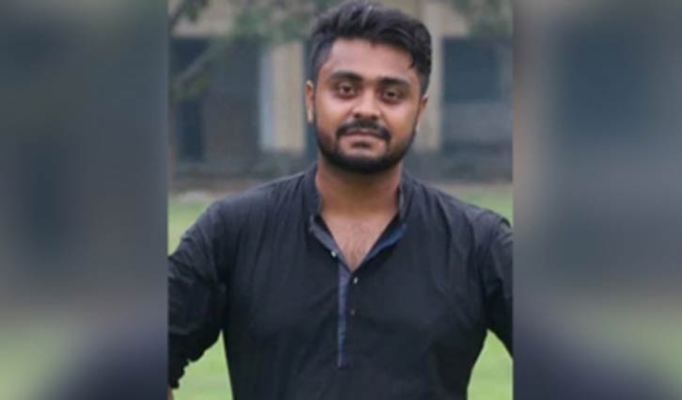 Anik Sarker, who is one of the accused of Abrar Fahad murder case, has given his confessional statement in front of a judicial magistrate.

Metropolitan Magistrate Md Atiqul Islam recorded Anik’s confessional statement under section 164 of the CrPC after Detective Branch Inspector Md Wahiduzzaman, also the investigation officer (IO) of the case produced him before his chamber on Saturday.

But details of the confessional statement could not be known immediately.

After hearing his confession, the magistrate sent him to jail.

Earlier on October 8, Anik Sarker, a student  of mechanical engineering batch-15, was placed on a five-day remand.

Anik, was the information and research affairs secretary of BUET Chhatra League unit, and one of the 19 people accused in Abrar murder case.

Earlier on October 11, Meftahul Islam Zion confessed to a magistrate that he saw his accomplices were beating the victim inside a room of Sher-e-Bangla Hall on October 6.

Abrar, a second-year student of Electrical and Electronic Engineering department of Buet, died after he was brutally beaten allegedly by some Chhatra League men at a room of the university’s Sher-e-Bangla Hall.

The incident triggered a firestorm of protest that dished out all most all educational institutes across the country. Apart from this, many people took to the social media demanding justice for Abrar Fahad.

Law enforcers suspect, Abrar was attacked because of one of his recent Facebook posts, which seemed critical of some recent deals with India.