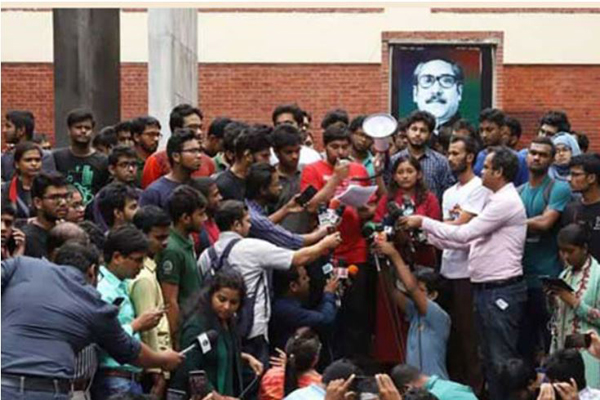 In one of the notices, the university said it will introduce a web portal where students can submit complaints about being ragged. BUET authorities said students accused in Abrar Fahad’s murder will be permanently expelled after submission of charge sheet.

The university also promised to bear expenses of legal proceedings of Abrar murder case and bring every floor of the dormitories under 24/7 CCTV monitoring.

The announcements, accepting the students’ five-point demands, prompted the protesters to suspend their demonstration around 2:45pm.

“We’ll resume protest if our five-point demands are not implemented by October 14,” one of the students said, declining to be named.

On Friday afternoon Buet Vice-Chancellor Prof Dr Saiful Islam acceded to the demonstrators’ demands and announced a ban on organisational student politics on the campus and suspended 19 accused in Abrar killing case.