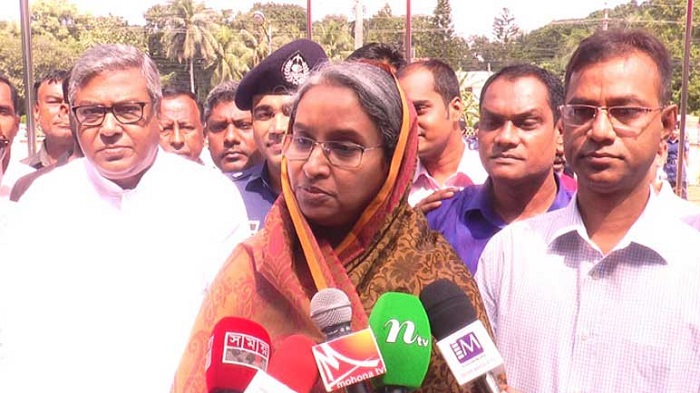 Education Minster Dr Dipu Moni on Saturday said investigations are underway against those Vice-Chancellors of the public universities, who are allegedly accused of irregularities.

“Actions are being taken against the Vice-Chancellors of public universities after looking into the allegations of irregularities, done by them (VCs),” he said.

She came up with the remarks while talking to the reporters on the circuit house premises of Chandpur this morning.

“As the honourable VCs are human, they are not above mistakes,” the education minister said.

Reiterating the government goals of modernising and readdressing the education system of the country, Dipu Moni told reporters, “No irregularity or corruption will be tolerated in the public universities.”

“Ill-motivated politics was being practised in the name of students’ politics on the campus of Bangladesh University of Engineering and Technology (BUET). No such news was revealed, even in social media platforms. If we were informed this earlier, action would have been taken against it,” she added.

The minister, also a lawmaker from Chandpur-3 constituency, reached the district around 10:30am.

She went there to attend an extended meeting of Awami League (AL) Chandpur unit.