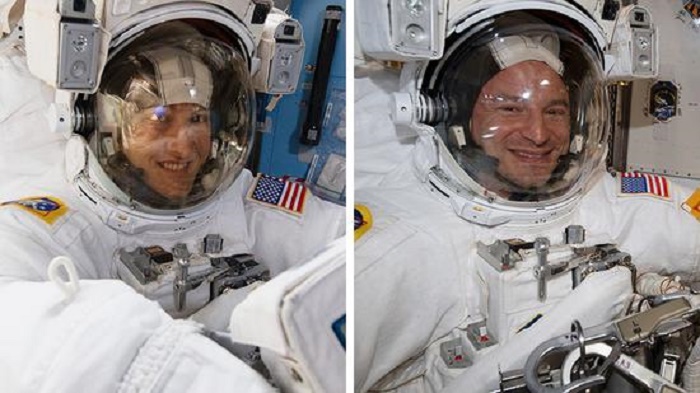 Two U.S. astronauts wrapped up a spacewalk out of the International Space Station (ISS) on Friday, the second in a series of five spacewalks in October to replace batteries on the far end of the station's port truss.

The two astronauts continued to replace nickel-hydrogen batteries with newer, more powerful lithium-ion batteries on the far end of the station's port truss. They had completed a 7-hour spacewalk on Sunday with similar task.

The new batteries will provide an improved power capacity for operations with a lighter mass and a smaller volume than the nickel-hydrogen batteries, according to NASA.

Astronauts aboard the ISS plan to conduct eight more spacewalks in the coming three months, a record cadence since the assembly of the space station was completed in 2011, according to NASA.

On Oct. 16, Morgan and NASA astronaut Jessica Meir are scheduled to venture outside for another spacewalk to continue the battery replacements.

Space station crew members have conducted 220 spacewalks in support of the assembly and maintenance of the orbiting laboratory, spending a total of 57 days, 13 hours and 12 minutes working outside the station.