Movement will continue until demands not met 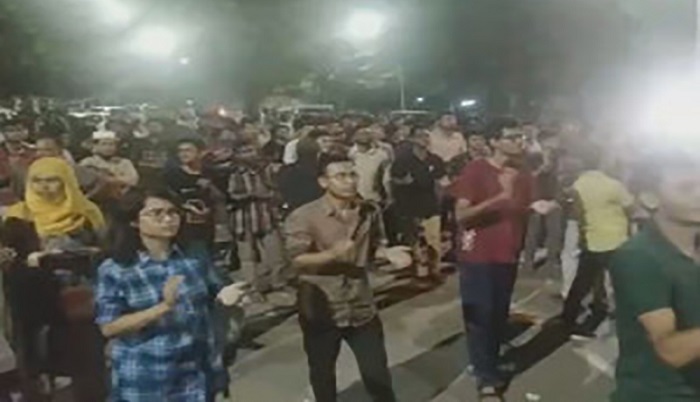 The protesting students of Bangladesh University of Engineering and Technology (BUET) on Friday evening announced that they will continue their movement until their all demands would implement.

Demanding deferment of the admission test scheduled on October 14, the students announced this as they had not been convinced by the assurances of BUET VC Prof Dr Saiful Islam during the meeting held this afternoon.

The students said only the administrative activities can be continued but academic activities have to be stopped until our demands are met.

Admission test and term final examinations of all departments will remain closed during the movement, the agitated students’ representatives told reporters after ending a meeting with BUET Vice-Chancellor Prof Saiful Islam.

Citing their 10-point demand, the student representatives told the meeting that the demands will have to be met otherwise the protest will be continued.

During the meeting, Prof Pran Kanai Shaha, chairman of the BUET examination committee, said they have moral support to the student protest and asked them to lift the agitation for the sake of admission test and term final examinations.

However, the agitating students rejected the call during the meeting.