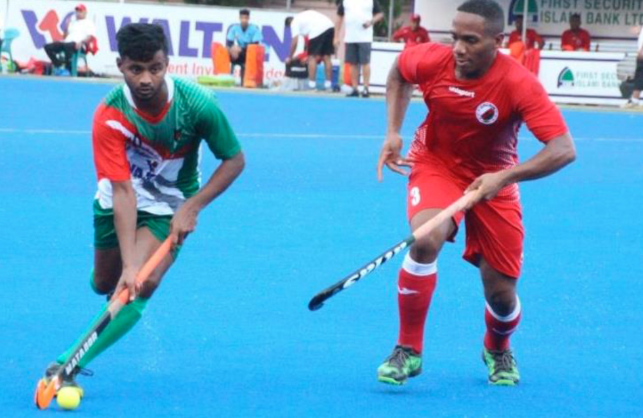 Bangladesh U-21 hockey team registered a 2-0 win over touring Oman U-21 hockey team by 2-0 in the third match of Walton five-match practice series at Maulana Bhasani National Hockey Stadium here on Friday.

Bangladesh will play Oman in the fourth match at the same venue on Saturday at 6pm.

Earlier, Bangladesh youth hockey team made a flying start in the series outplaying Oman by 5-1 goals in the opening match at the same venue on Tuesday but played out to a 2-2 draw in their 2nd match.

Oman arrived here on Monday from Pakistan after playing four preparatory matches there, responding to the invitation of  the BHF as part of Bangladesh team’s preparations for the next year’s Junior Asia Cup in Dhaka, a qualifying meet for the Junior Hockey World Cup.