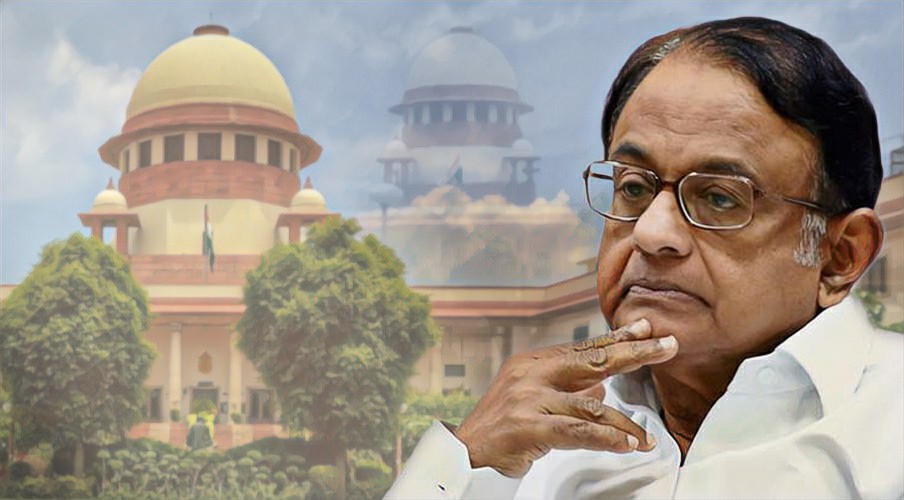 Congress leader P Chidambaram will appear before a special CBI court in New Delhi in connection with the INX Media case on Monday afternoon. A production warrant in this regard was issued after the Enforcement Directorate approached the court to seek the former Indian Union Minister's custody, so he can be further questioned on the alleged money laundering scam.

According to news agency IANS, Solicitor General Tushar Mehta argued that the Enforcement Directorate needs Mr Chidambaram in its custody for questioning him on the foreign shell companies and 17 bank accounts allegedly used to launder the money. He also cited a Supreme Court observation recommending custodial interrogation of the former Minister to back the probe agency's request.

The case is related to alleged irregularities in Foreign Investment Promotion Board clearance granted to the INX Media group for receiving overseas funds amounting to Rs. 305 crore in 2007, when Mr Chidambaram was the Finance Minister under the then United Progressive Alliance government. The  money laundering case filed against him in 2017 is being jointly investigated by the Enforcement Directorate and the CBI.

The CBI had arrested the senior politician for questioning on August 21. After spending nearly two weeks in its custody, he was sent to Tihar jail on September 5.

The probe agencies have so far accused Mr Chidambaram of being evasive in his responses during interrogation sessions, a charge he vehemently denies. They have also opposed his petitions for bail on the grounds that he could influence witnesses if released.

The Delhi High Court took note of their concerns late last month and turned down Mr Chidambaram's bail plea, following which the special court directed that he be kept in Tihar jail at least until October 17. However, he was allowed certain concessions -- including food sent from home and regular medical checkups -- in view of his health.

Chidambaram is accused of signing off on a huge infusion of foreign funds into INX Media during his term as Finance Minister at the behest of his son, Karti Chidambaram. The probe agencies have accused Karti of receiving kickbacks in this regard, and are trying to trace the money -- which they believe -- is stashed abroad.

Indrani Mukerjea, who was the then co-owner of INX Media with her husband Peter Mukerjea, has turned approver in the case against the Chidambarams. The two are currently in jail for their alleged involvement in the murder of Indrani Mukerjea's daughter, Sheena Bora, in April 2012.