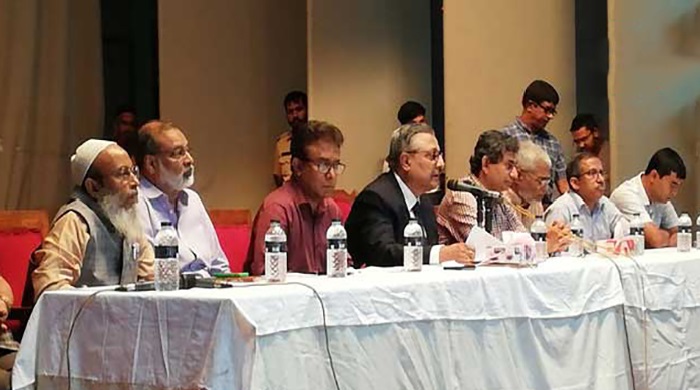 BUET authorities on Friday announced that all 19 accused of the Abrar Murder case have temporarily been expelled from the university amid the protests of the students over the brutal killing of Abrar Fahad.

Bangladesh University of Engineering and Technology (BUET) Vice-chancellor Professor Saiful Islam made the announcement after he sat in a meeting with the protesting students this afternoon.

He announced ban on all kinds of political activities of all organisations on BUET campus.

Earlier, he sat in a meeting with the students over their 10-point demand around 5:00 pm.

Protesting students welcomed his announcement by clapping their hands and chanting slogans during the meeting this evening.

A total of 17 suspects have so far been arrested in the case.