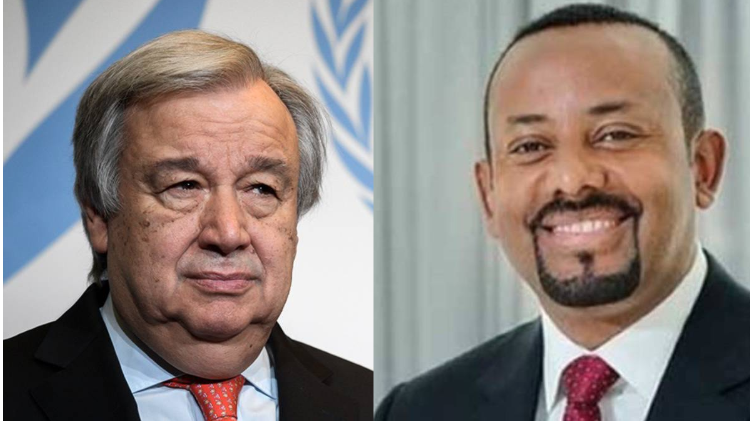 UN Secretary General Antonio Guterres has congratulated Ethiopian Prime Minister Abiy Ahmed on the awarding of the Nobel Peace Prize noting that winds of hope are blowing ever stronger across Africa.

“I have said often that winds of hope are blowing ever stronger across Africa. Prime Minister Abiy Ahmed is one of the main reasons why,” he said in a statement on Friday.

Ahmed’s vision helped Ethiopia and Eritrea achieve a historic rapprochement, said the UN chief adding that he was honored to witness the signing of the peace agreement last year.

“This milestone has opened up new opportunities for the region to enjoy security and stability, and Prime Minister Ahmed’s leadership has set a wonderful example for others in and beyond Africa looking to overcome resistance from the past and put people first,” said the UN chief.

The 2019 Nobel Peace Prize was awarded to Ethiopian Prime Minister Abiy Ahmed for his efforts to "achieve peace and international cooperation".

He was named as the winner of the 100th Nobel Peace Prize in Oslo, according to BBC.

A total of 301 candidates had been nominated for the prestigious award, including 223 individuals and 78 organisations.

There had been great speculation over who would win the prize. Under the Nobel Foundation's rules, nomination shortlists are not allowed to be published for 50 years.