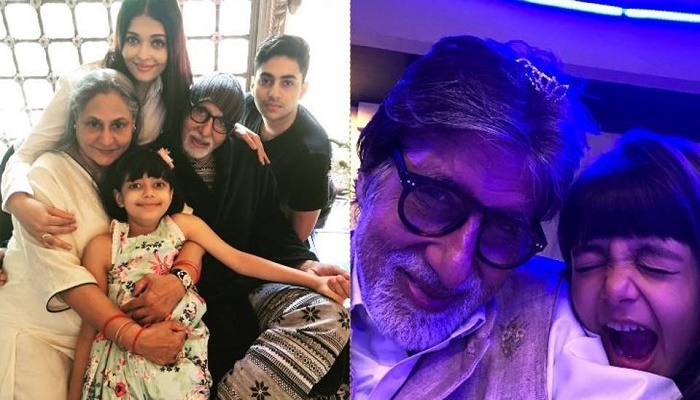 But when the septuagenarian is not working on multiple films, television shows, endorsements, or making public appearances, he likes to spend time with his family.

The superstar is also very close to his daughter Shweta Bachchan and has often attended public events with her and wife Jaya Bachchan. He is also very fond of Shweta’s kids: Navya Naveli Nanda and Agastya Nanda.

He is often accompanied by Jaya, Abhishek, Shweta and daughter-in-law Aishwarya Rai at events.

The Bachchan family also believes in celebrating festivals, birthdays and anniversaries together at their residence.

He had wished Aaradhya on her last birthday by sharing a picture of himself dancing with her.