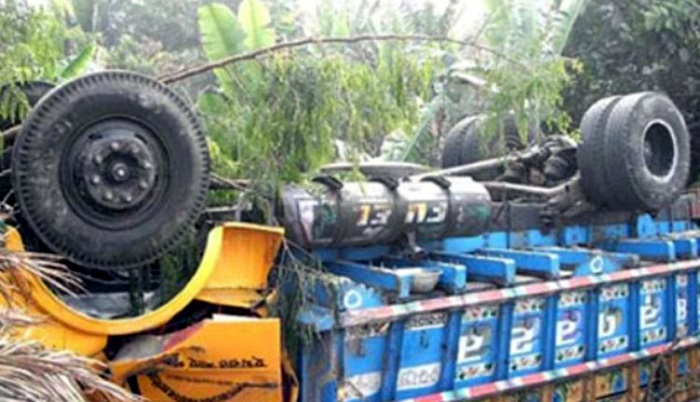 Three people were killed and four others injured in a road mishap on Dhaka-Mymensingh highway in Sripur upazila in Gazipur on Thursday night.

The casualties happened as a Dhaka bound truck turned turtle over the roadside pedestrians near the Gargaria Mastarbari area in Gazipur around 11:15 pm.

The deceased were identified as Jahangir, 25, son of Mojibar Rahman Kalan, and Saiful, 24, both from Bachhur Alga village in Nakla upazila of Sherpur district.

The identity of the other deceased was not confirmed yet.

Police took the dead bodies to the Maona highway police camp and injured were taken to local hospitals.

The truck driver Badsha, 38, is the son of Abdus Sattar of Abudia village in the Dhangara union under Raigabj upazila of Sirajganj district.