BUET VC to sit with students today amidst lock up threat 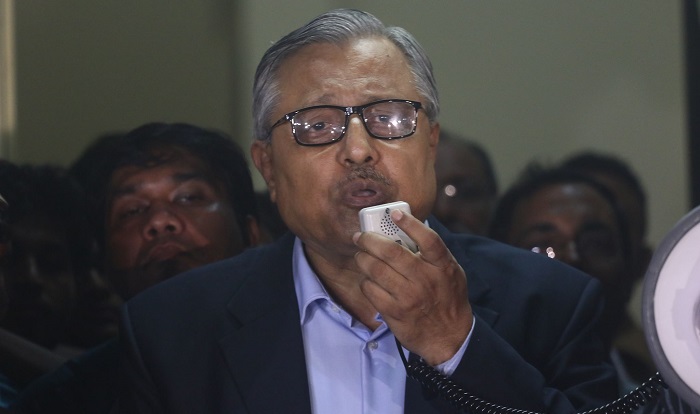 The vice-chancellor of the Bangladesh University of Engineering and Technology (BUET) will sit in a meeting with the students protesting the brutal murder of Abrar Fahad in a residential hall on the campus.

VC Prof Dr Saiful Islam will hold a meeting with the protesters at 5:00 pm on Friday, confirmed his Private Secretary Quamrul Hasan on Thursday.

This decision came after the demonstrators threatened to lock the gates of all the offices on the campus if the VC does not meet them by 2:00 pm on Friday.

Besides his failure to ensure the safety of Abrar and other victims of torture by leaders of Bangladesh Chhatra League (BCL), VC Prof Saiful Islam is also criticised for not taking quick steps after the murder.

The VC faced the protesters' wrath when he came to the campus on Tuesday 30 hours after the incident. The demonstrators laid a siege to his office for over four hours.

He faced public anger again when he went to meet Abrar’s family in Kushtia the following day. Angry residents of the area barred him from visiting Abrar’s home.

Associations of BUET’s teachers and alumni have demanded his resignation for his “failure” to perform his duties.

BUET Directorate of Students’ Welfare Director Mizanur Rahman said VC Saiful had been scheduled to meet the protesters on Thursday evening, but the meeting did not take place.