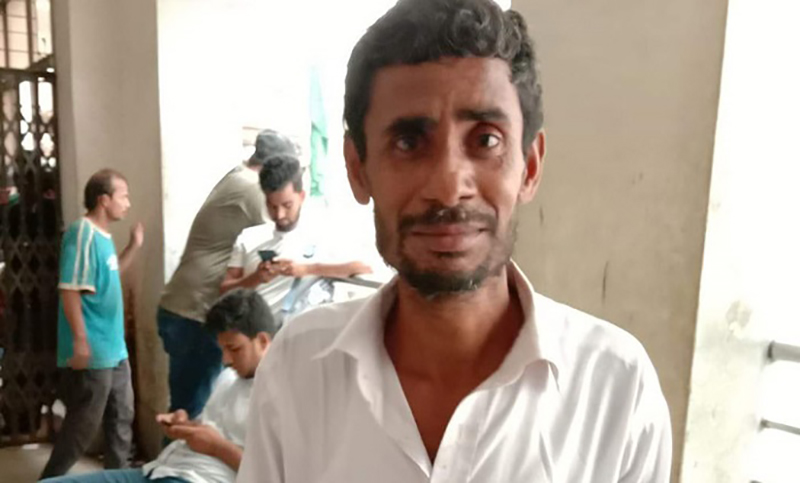 The dream of an impoverished father has faded away as his meritorious son Akash is now accused in the killing incident of Bangladesh University of Engineering and Technology (BUET) student Abrar Fahad.

BUET student Akash’s father Atiqul Islam is a van-puller by his profession and a resident of Dogachi village of Joypurhat district sadar.

By dint of his hard work as well as with the help of others, Atiqul admitted his son to BUET.

Atiqul Islam and other family members were hoping that Akash will take the responsibility for the betterment of the family, after completing his engineering degree.

But the dream of the family has ruined as the talented student of the renowned academic institution of the country was allegedly involved in misdeed.

In the killing incident, a total of 13 were placed on remand so far. One of the accused is Atiqul Islam’s son Md Akash Hossain (21), a 3rd year student of the 16th batch of the civil engineering department of BUET. On Wednesday, the court granted a five-day remand of Akash.

Akash’s father said he did not know that his son Akash was a member of BUET Chhatra League.

“I forbade him not to be involved in politics on many occasions. Such a situation would not have been happened, if he had paid heed to my call,” he lamented.

Akash’s father said, “All our dreams have faded away. Now it has become tough to save the life of my son instead of fulfilling dreams. The whole family is now worried in the incident of BUET.”

The BUET student (Akash) passed both SSC and HSC with excellent results. And the family also achieved honour as Akash did his brilliant performance in his academic results as well as being an engineering student, added Atiqul.