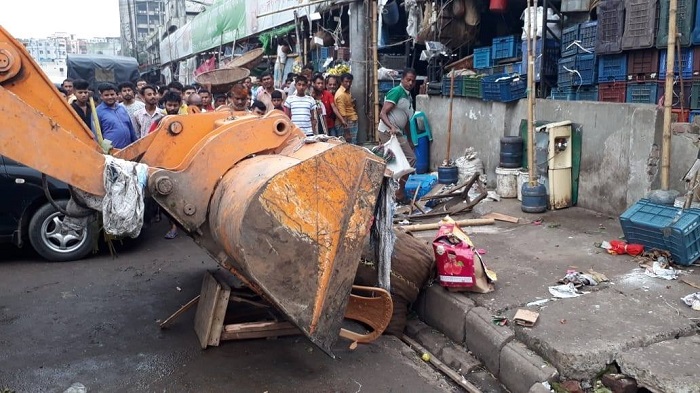 Mobile courts of the Dhaka North City Corporation (DNCC) on Thursday conducted an eviction drive at Karwan Bazar and Farmgate areas in the capital, according to a press release of the corporation.

The courts led by DNCC Executive Magistrate Mohammed Sajid Anwar and Masud Hossain, knocked down the makeshift shops and other illegal establishments on the roads and footpath and freed them for public use.

Seeing the magistrates, many owners removed their shops from road and footpaths.

The drives were conducted as the previously ousted grabbers reclaimed the roads and footpaths.

A water house was removed for the road extension of Karwanbazar to Farmgate road.

The eviction drive will continue until all the roads and footpaths are freed from illegal occupiers, the release said.