Rain washes out most of day-1 of NCL 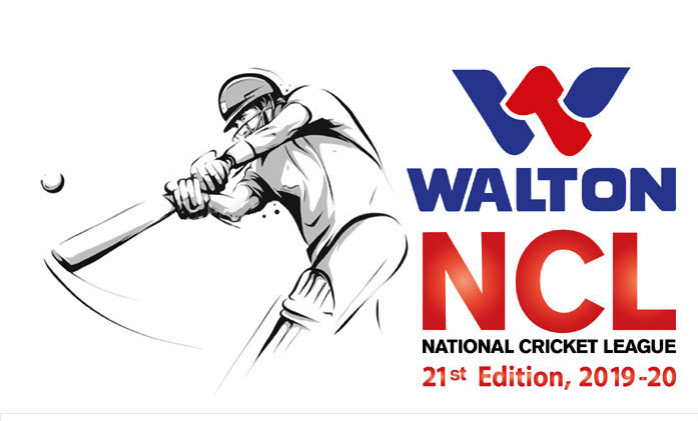 Rain has washed out most of the plays of the day one in the 21st National Cricket League (NCL) 2019 at four different venues of the country on Thursday.

Two out of four matches were failed to get a start on day one while the other two matches began but were interrupted by the rain.

Taijul Islam of Rajshahi Division showed the glimpses of his left-arm spin in the Tier-one game between Dhaka Division and Rajshahi at the Khan Shaheb Osman Ali Stadium in Fatullah.

Rajshahi won the toss and opted to bowl first in the game and they achieved the early breakthrough removing Abdul Mazid for 10. In the second wicket stand, Dhaka added 80 runs.

Rony Talukdar was the highest runs scorer in the day for Dhaka as he posted 63 off 114 while Joyraz Sheikh posted 35. Eventually, they ended the rain-interrupted day on 143 for seven in 51.5 overs.

At Sher-e-Bangla National Cricket Stadium, Dhaka Metro were facing Chattogram Division where Chattogram won the toss in the match and opted to bat first. They have put up 147 for three in 52 overs before the rain forced a premature end of the day.
Sadiqur Rahman, the right-handed opener, hit 51 while Tamim Iqbal, the national star failed to mark his return to competitive cricket after a long break adding just 30 off 105 balls.

Pinak Ghosh and Tasamul Haque were at the crease for 30 and 17 respectively when the play of day one was called off.

Rain was persistent in Khulna and Rajshahi

The Tier-one game between Khulna at Rangpur at Sheikh Abu Naser Stadium in Khulna failed to get a start due to persistent rain. The same was the fate for Barishal and Sylhet at Shaheed Qamaruzzaman Stadium in the Tier-two game in Rajshahi.