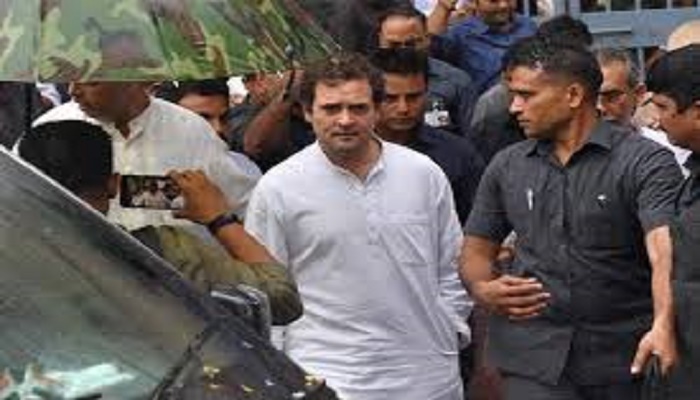 Indian Congress leader Rahul Gandhi, who had been abroad for few days, on Thursday appeared before a magisterial Surat court of Gujarat and pleaded not guilty in a criminal defamation case filed against him for his "why do all thieves share Modi surname" remarks.

Gandhi appeared before the court of Chief Judicial Magistrate B H Kapadia and pleaded not guilty when asked by the court whether he accepts the charges, levelled against him by BJP legislator from Surat-West, Purnesh Modi, reports PTI.

The court will decide on the plea on December 10.

In his complaint, Purnesh Modi had alleged that the Congress leader had defamed the entire Modi community with his statement.