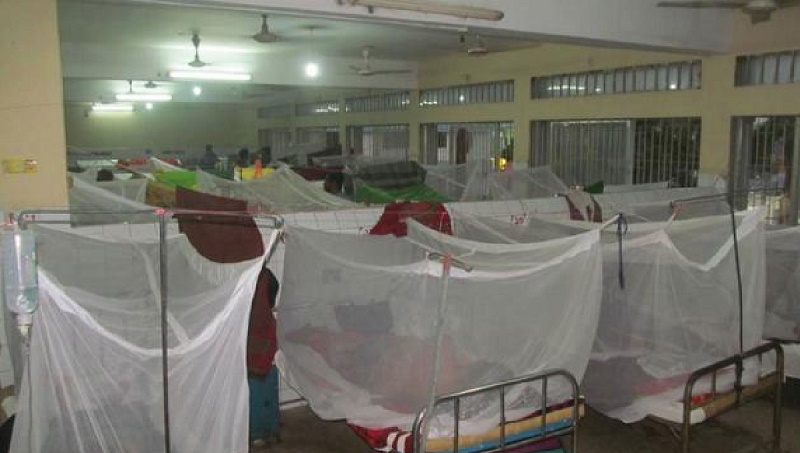 A housewife died of dengue fever at Khulna Medical College and Hospital (KMCH) on Thursday noon.

The deceased was identified as Mashura, 25, wife of Habibullah, hailing from Abhaynagar upazila in Jashore.

Confirming the news, Dr Shaila Nath Biswas , residential Physician (RP) of the hospital, said that Mashura was admitted in dengue ward of the hospital on Monday (October 7) with dengue fever.

Later, she died at 12:00 pm this noon while undergoing treatment, he said.

Nineteen patients died of dengue in Khulna so far, he added