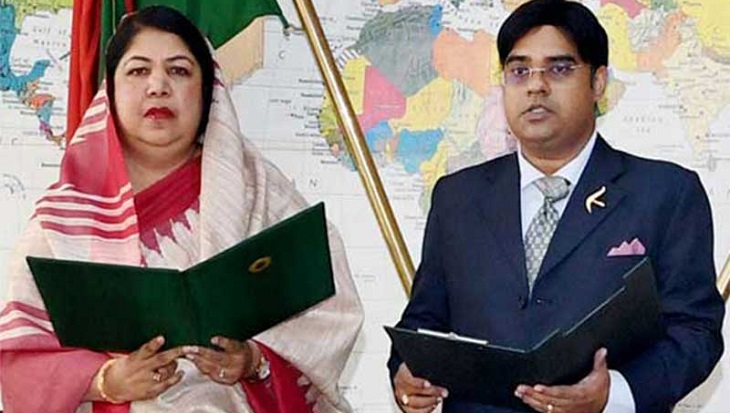 Speaker Dr Shirin Sharmin Chaudhury administered the oath at 12:00 pm at her office in the Jatiya Sangsad Bhaban, sources at the  Parliament Secretariat confirmed it.